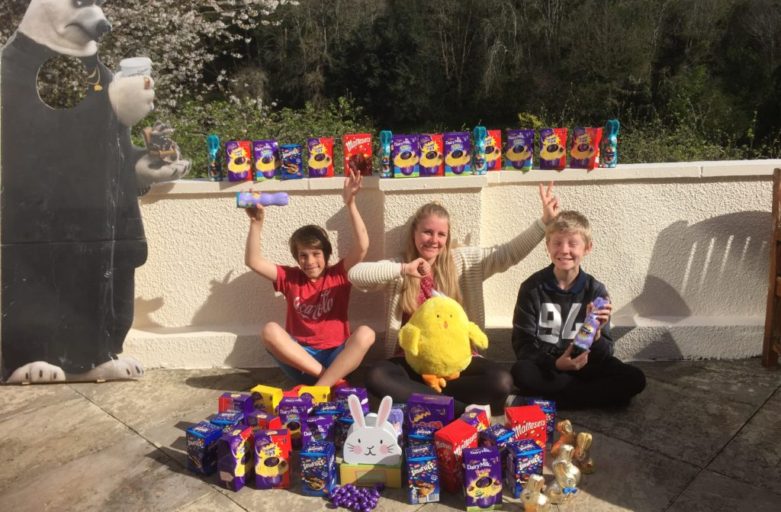 Bank holiday Monday the 17th of April at 12 noon. Saw the start of Torbay Taekwondo schools Easter Fete Party in Preston Paignton. Over 85 people came along to enjoy the days events. The BBQ was maned by Mr Churchward & Mr McIsted, they kept the burgers & sausages coming all day along with drinks. Also a tuck shop full of goodies (The tuck shop ladies Mrs Chillcott, Mrs McIsted & Mrs Bierton) and candy floss machine for those extra snacks. Throughout the day Mr Ratcliffe provided music to get the party going and announcing what was going on where.

The fun day of activities included hanging bars competition (who can last the longest), colouring in competition, high kick, tug a war, face painting under Miss Dunne’s creative guidance and easter biscuit decorating competitions. We also had a fabulous Easter Egg Hunt around the grounds, as it wouldn’t be Easter without one. Thanks To Miss Salthouse & Mrs Ratcliffe (great hiding egg skills) Pictured below are all those who took part in the Egg Hunt.

The top 3 winners of the Smartie Challenge, which has run over the last 2 months was announced and received their prizes. 1st place went to Bobby McKay, 2nd to Ruby McKay and 3rd to Mason Bierton. Lots of other prizes were won on the Tombola and raffle. Although a bottle of advocaat remains unclaimed! Also the highlight for some was the opportunity to “Sponge the Blackbelts” In turns some of the blackbelts would put their heads through a cut out on cardboard bear. Swiftly followed by people hurling wet sponges from various distances at them. Unfortunately when it got to Mr Churchward’s turn the cardboard bear was demolished, so he stood (not to dissimilar to a firing squad) against the wall with no cover in sight. Below is short video of Mr Churchward getting very wet with the aid of sneaky Imogen Allen and Elysia McIsted