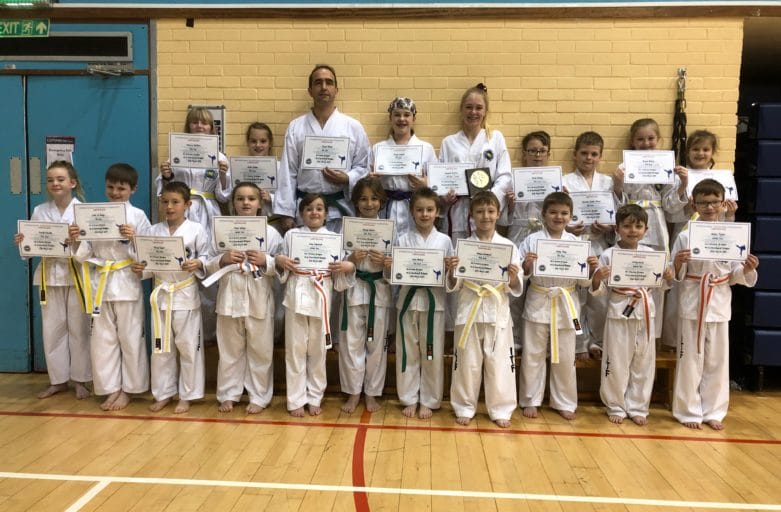 Sunday the 10th March saw the first Taekwondo colour belt grading of the year at Torbay Leisure Centre in Paignton. Mr Vaughn Buxton VI degree blackbelt was the grading examiner, who travelled down from Bristol for the day’s testing. A very high standard by all who graded from white to red belts. The grading consisted of patterns (sequences of defensive & offensive movements), linework (series of kicking, blocking and hand strikes given by the examiner). Set sparring (sequences of defensive & offensive movements against an opponent). Self defence from a series of holds and grasps. Free sparring (controlled sparring against several partners) also 2 on 1 sparring for Red belts. Power testing, which is either breaking boards or hitting a large pad for our younger members. Overall a very comprehensive test of their martial art skills. Nothing is given, only earnt.

Special mention to Hannah Newton who not only passed with a credit, but was awarded the Grading Award for best overall effort and now will be preparing to grade for her Blackbelt next.